Shopping Cart
Your Cart is Empty
Quantity:
Subtotal
Taxes
Shipping
Total
There was an error with PayPalClick here to try again

Thank you for your business!You should be receiving an order confirmation from Paypal shortly.Exit Shopping Cart

No doubt you will all have heard about the recent treatment of the people the media has dubbed the WINDRUSH GENERATION.

These people were invited to come to England to help to rebuild the country and its economy after the ravages of the second world war because they were in fact deemed as British and their home countries were members of the Common wealth.  From the moment of their arrival they were treated as unwelcome by of the English population. They were subjected to disgusting and hateful abuse, denied decent places to live and vilified on every level.  Despite this treatment these vulnerable, venerable, law abiding,  British subjects, worked hard and forged a life for themselves and their families against the odds and in the face of the open and often times violent hostilities.  They have suffered innumerable injustices over the years from various factions of our society including the government itself, giving rise to the term "institutional racism", but they endured.  They paid their taxes, bought homes, educated their children and through it all, unbelievably, remained patriotic and loyal to the crown. Many of them even fought and died for England during the war. Serving in the Air Force and other branches of the armed services.

The first WINDRUSH invitees arrived in the UK in 1948 again ready to do their bit for Queen and country, but now, some sixty years on the British government and their home office departments, not the English people, but the government again are subjecting these people to heinous and abusive treatment, through un-warranted deportations, detentions and spectacular incidents of harassment and extortion.  The whole situation is so disgusting from a human stand point, that one has to wonder about the "mental state" of the so called trained government professionals and the ministers who are paid from the taxes of the people and who have been elected to ensure safety and fair treatment for all.   The Prime Minister and others have apologised, stating that it was a mistake. They have also promised compensation for those affected, but how can they expect these people to trust them and their empty gestures. They have subjected these people and their families to vilification, unfair treatment and abuse for over sixty years and again under the guise of tackling illegal immigration, the first people they seek to attack are those that probably have as much right to be here as their attackers.

The law states that whether by intent, mistake or accident, a person is liable if they cause harm or damage to another and there is no question in this case that through their negligent conduct, the government has caused these people immeasurable damage. Some have lost jobs and pensions, homes, prevented from visiting family members, others have even died from the trauma and distress. I can say no more...These are violations tantamount to rape, assault and life changing harm.

It is our contention that it can not just be left to the government to say or do what they think they should to resolve the situation and compensate the victims, since they have demonstrated their incompetence and untrustworthiness, quite clearly.  How can the Windrush victims expect to receive fair treatment from an establishment that has already made up its mind to treat them with pure hostility.  From this point, it should be a matter for a civil court process and the government should be compelled by court order to not only give a full and proper account, but to pay damages both restoratively and punitively as is right and proper in a civil society.  We are therefore pressing for a Group Action law suit to be filed against the government, Amber Rudd personally and Theresa May personally, so that there is some opportunity for reconciliation.

There are law firms who are already representing some of the individuals affected, as an immigration matter and there may even be a test case for litigation underway.

The London law firm Leigh Day is already working on compensation claims on behalf of some of the individuals who lost their jobs or were denied entry to the UK after they went on holiday to the Caribbean though it has not yet lodged papers with the courts.

60 years of unfair treatment, neglect and abuse of hundreds maybe thousands of British subjects and there are no lawyers or courts in the land that can properly provide redress?

There are also other violations that have been perpetrated here such as the imposition of extortionate fees and charges, harassment, intimidation, mistreatment of vulnerable women and children, the deliberate destruction of the landing documents... These issues will not be addressed , leaving these people again with unanswered questions and unresolved issues unless, the case is brought before a proper court of justice, preferably as a group action.

IF YOU AGREE WITH WHAT HAS BEEN WRITTEN HERE OR YOU KNOW OF ANY PERSON OR FAMILY THAT HAS BEEN AFFECTED AND REQUIRES LEGAL ASSISTANCE OR WOULD LIKE TO PLEDGE SUPPORT PLEASE CONTACT US IN CONFIDENCE BY SENDING AN EMAIL TO:

Please do not suffer in silence as many of you are apt to do or continue to endure further abuses, get in touch as soon as you can so that this matter can be properly looked into. 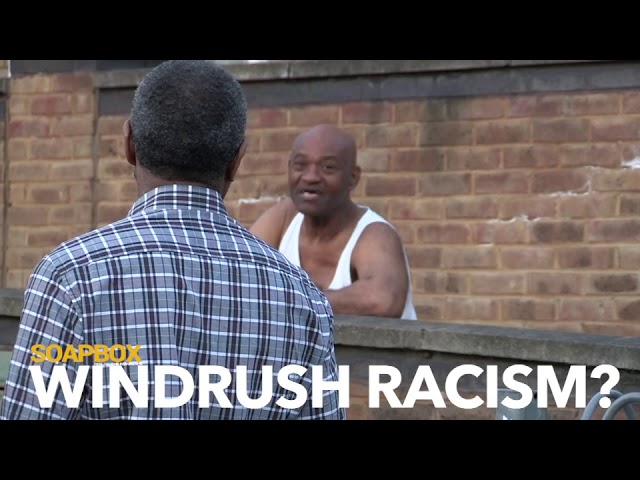 The Windrush Heritage Fund is being established to provide much needed legal assistance and social support for the Windrush families.

The trauma that they have experienced as victims of the establishment's hostility towards them and others has left many of their lives completely devastated, destroyed or in perpetual confusion.

The fund aims to raise £100,000 to establish a Trust for the benefit of these victims which will remain in perpetuity to assist where it is needed.

All contributions and donations are subject to tax relief and a receipt will be provide.